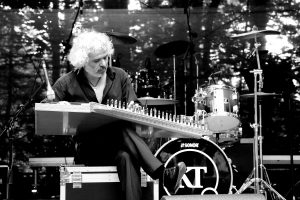 Dr. Hossam Shaker is a famous egyptian qanoun player, composer and director of the “Inter-regional (Arabian) Representation of the Institute for the culture of peace” (UNESCO).

Born in 1963 in Ismailia, grown up in Kairo, he entered at the age of fourteen the Academy of Arts in Cairo to study music, especially qanoun, the oriental zither. 1986 he graduated from the Higher Institute of Arabic Music in Cairo, in 1989 he earned a Master’s Degree and became professor at the Art Academies in Cairo and Alexandria and at the Faculty of Music Education in Assiut. He was the leader of the Six-Arab at Cairo Opera House and before the revolution of 2011 he worked as a cultural and media advisor for the Red Sea Governorate, organizing big intercultural festivals for peace and international understanding. Among others for this he was awarded with an honorary doctorate by the UNESCO.

In 1993 Hossam Shaker was awarded as “best qanoun player” of the Middle East. He developed his own way of playing and his own style which is a fusion inspired by jazz, world, classic, oriental, spirituals und flamenco. Above all Shaker is a traveller and researcher in the language of music. He feels at home everywhere: In South America, Africa, Asia, Europe. Since 2012 he has his residence in Germany. 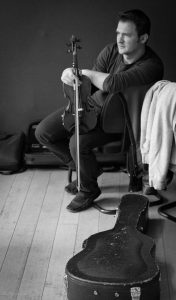 Justin Stefan Ciuche is a violinist born in Romania, where he also finished his academic music studies. His concert activities have brought him to different countries in Europe, Asia and the Middle East. Being passionate about classical and jazz sonorities, Justin also embraces his roots, bringing into his music elements of various ethnic groups of Eastern Europe. 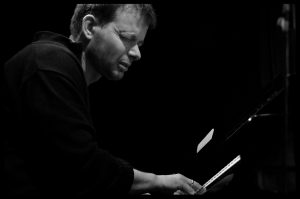 Pianist Christoph Busse completed his music studies in Amsterdam and Hilversum in the Netherlands for which he received two concert diplomas.

For many years he has been a regular presence in the German Jazz scene on CD recordings in addition to his appearances on radio and television. He is a five time Jazzpodiums Niedersachsen Award Winner and received a grant from the Niedersachsen’s Ministry of Sciences and Culture. Highlights include amongst others the Baku-Jazz Festival/Aserbaidschan 2005 as well as a reference to his Sting- Rejazz-CD on Stings homepage. His passion is for his self-composed works as well as his cross over adaptations and new arrangements from the pop, rock and classical. 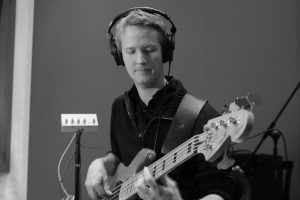 Sebastian Hoffmann started playing bass at the age of 13. He played in many bands in the local area from rock and gospel to big band jazz. At the age of 19, he successfully passed the entry test at the Hannover Music University and began to intensively study and practice with different teachers. After his studies, he toured and played with different bands from latin to jazz and rock and started teaching at several music schools and universities. He appeared on the international jazz scene at Festivals in Baku, Azerbaijan and Sillamae, Estonia, touring with the Hannes Clauss Quartett through Kenya and Tanzania and visited Shanghai, China for the German Chamber of Commerce.

Sebastian is now teacher for electric bass at the Carl von Ossietsky University in Oldenburg, northern Germany, and is busy playing in numerous ensembles from jazz, latin, flamenco to rock. 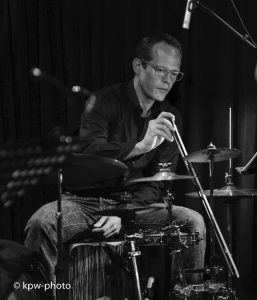 Sven von Samson is a freelance drummer and percussionist from Goettingen, Germany. In 1998 he moved to Amsterdam, The Netherlands, to study jazz-drumset and percussion at the reknown Conservatory of Amsterdam, where he graduated in 2002

Having gathered experience in a great diversity of musical styles (such as jazz, rock, funk, gospel, salsa and worldmusic), he was soon in great demand for bands and projects of all genres, playing concerts in Germany, Portugal, Egypt and The Netherlands. Also, he is drumming in theatre-productions and recording for the world-famous Stockfisch label.

Besides his work as a freelance drummer, Sven is a highly demanded educator for drumset and percussion and has composed and arranged the music for three musicals, of which one has won a first prize by the German Federal Ministry of Economics and Energy in 2011.